A critique of Clint Eastwood's Moon 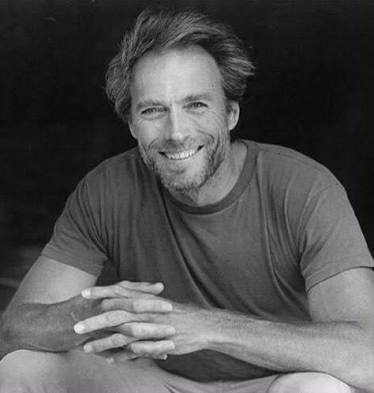 Clint Eastwood has a stellar Moon it is in its own home, it is waxing, in an angle, and is in Pada 2 which makes it pushkaramsa. Clint also has a lovely Moon Yoga happening with Jupiter and Venus in the 12th house from the Moon which gives his consciousness the capacity to receive and integrate meaning.  Venus and Jupiter will prepare his mind and heart to receive what life has to offer through beauty, expansion, knowledge and devotion.  This Moon would be significantly responsible for his success (10th house Lord) as an actor and even more so as a director as the expressive movable water sign of cancer has given him the ability to be adaptable and successful in an industry that can be ruthless. Becoming the actor that he is today was not easy.  He had many setbacks and was criticized for his lack of acting ability when he started out.  Nevertheless, Clint was persistent and determined and this has contributed to his success today (Pushkaramsa Moon). He is able to draw on his emotions and feelings as an actor (Moon in Cancer 10th Hosue) and combining that with his remarkable story telling abilities and skills (Mercury – Virgo Navamsa).  Clint is able to see the big picture, which allows him to choreograph a scene in his mind (Moon) and then make it a reality (the Virgo fixed earth Navamsa).  Additionally, the Moon is the 10th house lord in the 10 which supports a critically acclaimed successful career.  Clint Eastwood’s Moon in Pushya Nakshatra also gives him the power to harness creative energy, which he has beautifully executed throughout his virtuoso career.  He is a magnificent storyteller, a guru and pioneer in the field of acting and filmmaking. He is the quintessential modern day Brihaspati in his chosen field as he is gifted with talent, creative wisdom and structure that is expressed in every second of film he directs or acts in.